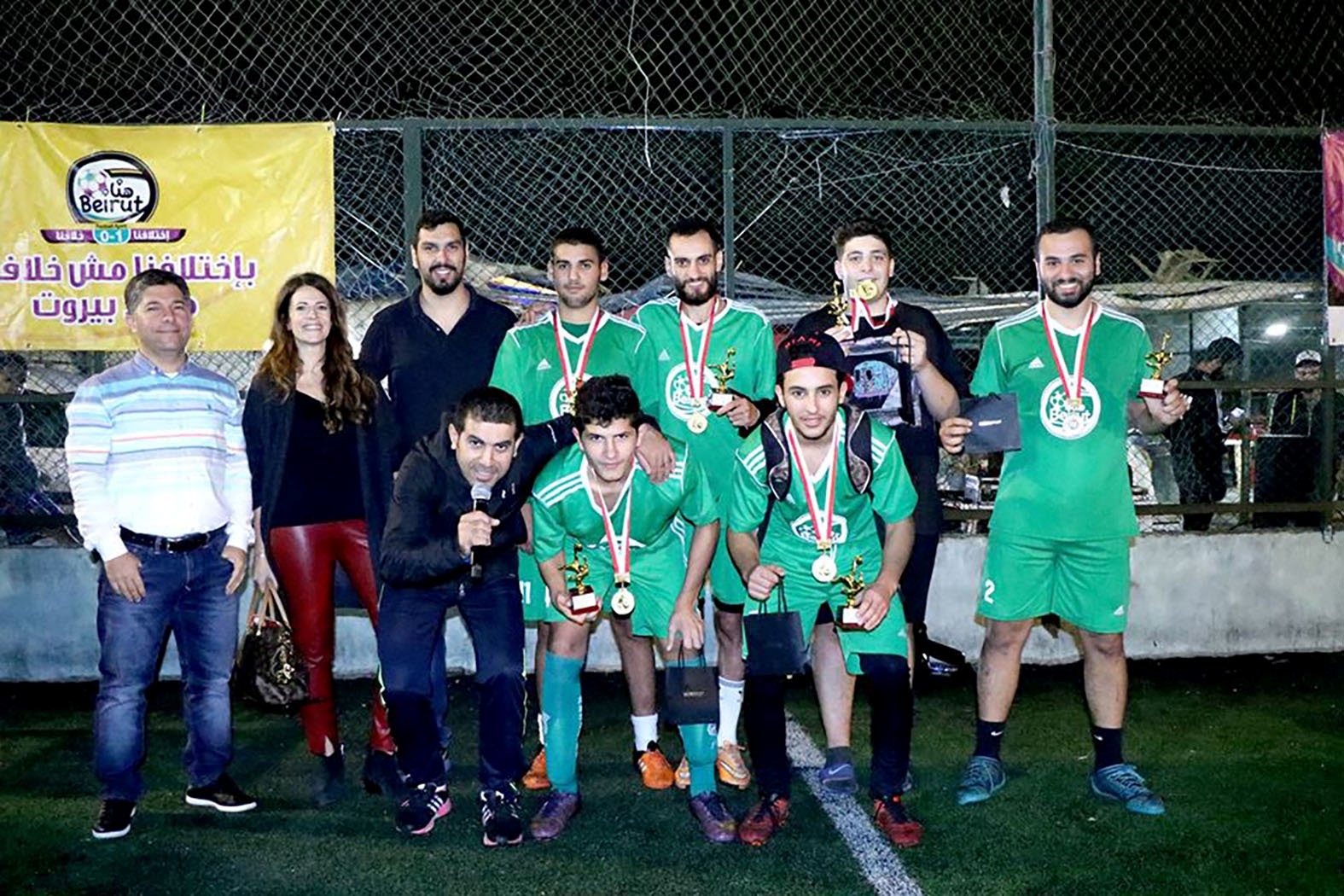 Under the patronage of the Governor of Beirut H.E, Judge Ziad Chebib, and in cooperation with the Lebanese Football Association and Right to Play Organization, MARCH organized on Monday November 12, 2018 the 1st edition of HONA BEIRUT FOOTBALL TOURNAMENT. It took place at Qasqas football fields in Beirut in the presence of the press that covered the event. The 4 days tournament included 65 individuals divided into 8 diverse teams. They competed for the title, all united in their diversity.

The event gathered youth from different backgrounds and areas in Beirut. The teams mirrored Lebanon’s cultural and religious diversity. Before the final game, MARCH gathered the participants in a four-day training in collaboration with Right to Play to build their football skills and team spirit before the tournament.

The last day of the 4 days tournament included artistic performances, a friendly game led by professional local players from the Lebanese Football Association, and the big final match between the two winning teams. The games on the other hand were covered by a live commentator that gave a professional spirit to the tournament.