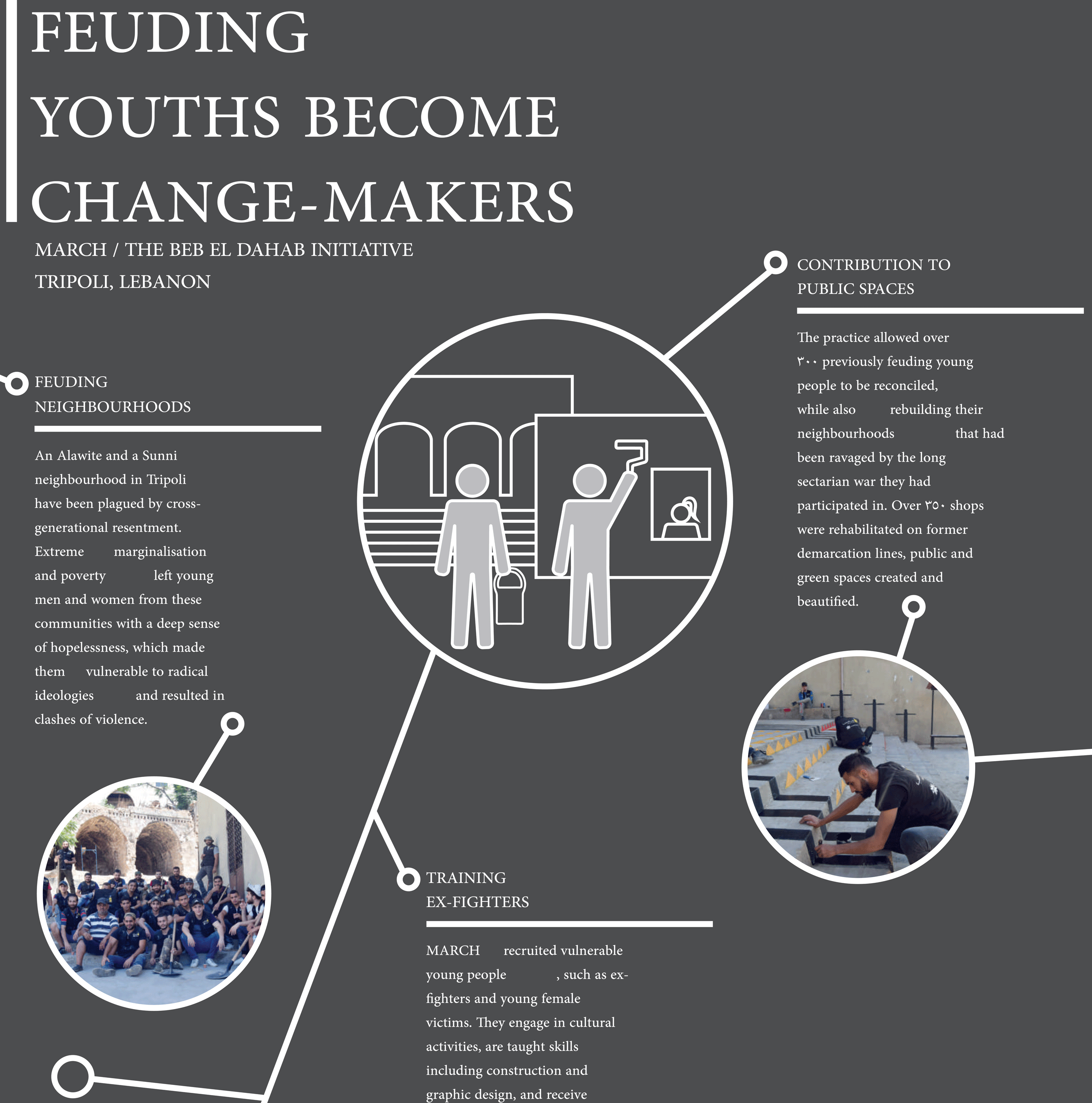 Young people formerly involved in violent conflicts receive training in the practical and emotional skills needed to rebuild their neighborhoods together.

An Alawite and a Sunni neighborhood in Tripoli have been plagued by cross-generational resentment. Extreme marginalization and poverty left young men and women from these communities with a deep sense of hopelessness, which made them vulnerable to radical ideologies and resulted in clashes of violence.

Recruited vulnerable young people, such as exfighters and young female victims. They engage in cultural activities, are taught skills including construction and graphic design, and receive psycho-social support to help them channel their emotions and contribute to rebuilding their community.

The practice allowed over 300 previously feuding young people to be reconciled, while also rebuilding their neighborhoods that had been ravaged by the long sectarian war they had participated in. Over 350 shops were rehabilitated on former demarcation lines, public and green spaces created and beautified.