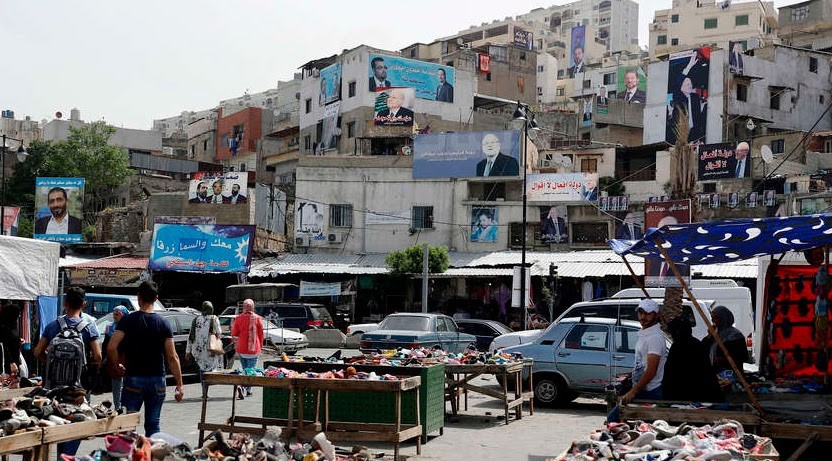 TRIPOLI, Lebanon — In the final weeks of the Muslim holy month of Ramadan, more than 100 people gathered on May 25 for iftar (the breaking of the fast) in Tabbaneh Park, one of the only green spaces in the Bab al-Tabbaneh neighborhood of Tripoli. The meal was the third of its kind organized for residents of Sunni-majority Bab al-Tabbaneh and neighboring majority-Alawite Jabal Mohsen, two districts that engaged in deadly on again, off again violence from 2008 to 2015. The two communities coming together for iftar is a testament to the progress that has taken place in the area over the last four years.

“The annual iftar is an example where Tabbaneh Park hosts people from diverse backgrounds,” said Mohamad Minkara, deputy director of the Lebanese Center for Research and Studies, which helped organize the event, held in conjunction with the Tripoli municipality and others. “People’s hope for a peaceful life and coexistence with diversity has never been destroyed.”

The May 25 iftar is but one of the many ways in which nongovernmental organizations (NGOs) have worked to implement social programs to address the challenges Bab al-Tabbaneh and Jabal Mohsen’s residents face. In the years after clashes wracked the two neighborhoods, social interaction between them has markedly increased, and opportunities provided by NGOs have improved employment prospects for locals, connected students with educational assistance and created common spaces where residents from both communities can gather. Such bright spots remain few and far between, however.

Although the government of Tripoli offers limited assistance programs, residents and NGOs alike cite ongoing unemployment and a lack of adequate government involvement as serious barriers to broader socioeconomic stability in these neighborhoods. According to NGO staff who work there, the possibility remains that under certain circumstances, violence could one day return.

The clashes between 2008 and 2015 in Bab al-Tabbaneh and Jabal Mohsen left hundreds dead. The conflict was driven by political, socioeconomic and arguably sectarian factors and later exacerbated by the Syrian civil war that erupted next door in 2011. In the years since the fighting stopped, a number of initiatives have focused on art, storytelling and social endeavors to strengthen communities there.

In 2016, Lea Baroudi, co-founder and director of the MARCH Lebanon, opened Kahwetna, a coffee shop on Syria Street, the main thoroughfare that separates Bab al-Tabbaneh and Jabal Mohsen. The cafe promotes coexistence by providing youths access to art, workshops and a space to meet people from the other neighborhood.

Baroudi told Al-Monitor that she has witnessed the transformational impact the cafe has had on young people in the area. When a cafe patron adopts a more open attitude toward his or her neighbors, it has a ripple effect on their families and friends.

“I feel that there has been a shift and a change,” Baroudi said. “I feel that [youths from both neighborhoods] are more and more realizing that they are both suffering a lot from what’s happening.”

In addition to offering cultural opportunities, Baroudi and MARCH have also sought to address the underlying poverty and unemployment that created the conditions for violence. One ongoing project, Bab al-Dahab, has trained young men and women in manual and technical skills and then employed them to rebuild shops and rehabilitate streetscapes.

As participants note, the program necessitates interaction, as people from both neighborhoods work on projects together. Ahmad Shaaban, a former fighter from Bab al-Tabbaneh, said his work with MARCH changed how he views people from the neighborhood across the street from him.

“We had the idea about Jabal Mohsen that I don’t like them, and they don’t like me,” Shaaban told Al-Monitor. “But when I began working with them, everything changed. Now, we’ve [turned] a new page.”

Baroudi emphasized that Bab al-Dahab was designed to help participants develop basic job and interpersonal skills that they can take to other workplaces. She said that since the project began, MARCH has secured employment for 45 young men at Café Najjar, a major coffee company based in Beirut.

MARCH has not been alone in such efforts. In 2017, the street art duo Ashekman, consisting of twins Omar and Mohamed Kabbani, worked with residents to paint a miles-worth of rooftops in the two neighborhoods to spell out the Arabic word for “peace” as part of Operation Salam. Omar told Al-Monitor that he and his brother employed 52 local residents for three weeks to complete the project.

Organizations have also focused on education. Minkara told Al-Monitor that tutoring classes offered by his group have contributed to a 60% increase in students passing official exams. Another NGO, Ruwwad al-Tanmeya, has focused on securing scholarships and internships for students and fostering community leadership and entrepreneurship in the area since 2012.

Hoda Rifai, the youth officer at Ruwwad, told Al-Monitor that even though the impact of such programs is not always as extensive as it could be, even a small improvement can change several lives at once.

“For me, if one person from Ruwwad starts to work, he can help a household,” she said. “He can help his brothers and sisters. If the father is jobless, he can help him.”

Yet, when thinking more broadly, Rifai is hardly optimistic. “If you look [at it] economically, the number of dropouts from schools, the number of jobless people is always the same, and it is even worse [today] because now the economic situation in all of Lebanon is getting worse,” she said.

Ahmad, an unemployed youth from Bab al-Tabbaneh, praised the work that NGOs like MARCH are doing but confirmed to Al-Monitor that the economic realities have worsened over the last four years. Faced with daunting challenges like unemployment, a lack of healthcare access, poor education and rampant drug addiction, Baroudi, Rifai and residents all told Al-Monitor that NGOs alone cannot pull the neighborhoods out of crisis. According to them, more government intervention is a must for Bab al-Tabbaneh and Jabal Mohsen.

Tripoli city council member Chadi Nachabe told Al-Monitor that in addition to providing several initiatives to encourage neighborhood interaction, the city council is also running less-comprehensive programs to decrease school dropout rates, provide limited amounts of cash for work opportunities and equip youths with job and entrepreneurial skills. He, too, admits that the city needs to do more, “But it’s about resources,” he remarked. Nachabe said that the city is waiting for future investments to spur additional economic opportunities, like the Tripoli Special Economic Zone, set to launch in 2020.

“If help does not come [from the government], if MARCH does not continue, if other NGOs don’t continue, the situation will return to zero,” Ali Ammoun, a resident of Jabal Mohsen who works at Kahwetna, told Al-Monitor.

Baroudi noted that because many youths were paid to fight in the clashes, the current situation of stagnant employment is not necessarily better for them.

“If there is a will for a fight, it [only] takes three, four people to start it,” she said. Although the conflicts in the area appeared to be sectarian, they were allegedly fueled in part by local political leaders and thus could be reignited, depending on the political will.

Despite such uncertainty, both Baroudi and Rifai agree that Bab al-Tabbaneh and Jabal Mohsen have made progress since 2015, with the work by NGOs contributing to successes for residents and improvements to their social environment. Yet, these groups have been unable to address systemic issues in the area, and unless more state assistance arrives soon, the successes will continue to be only incremental.