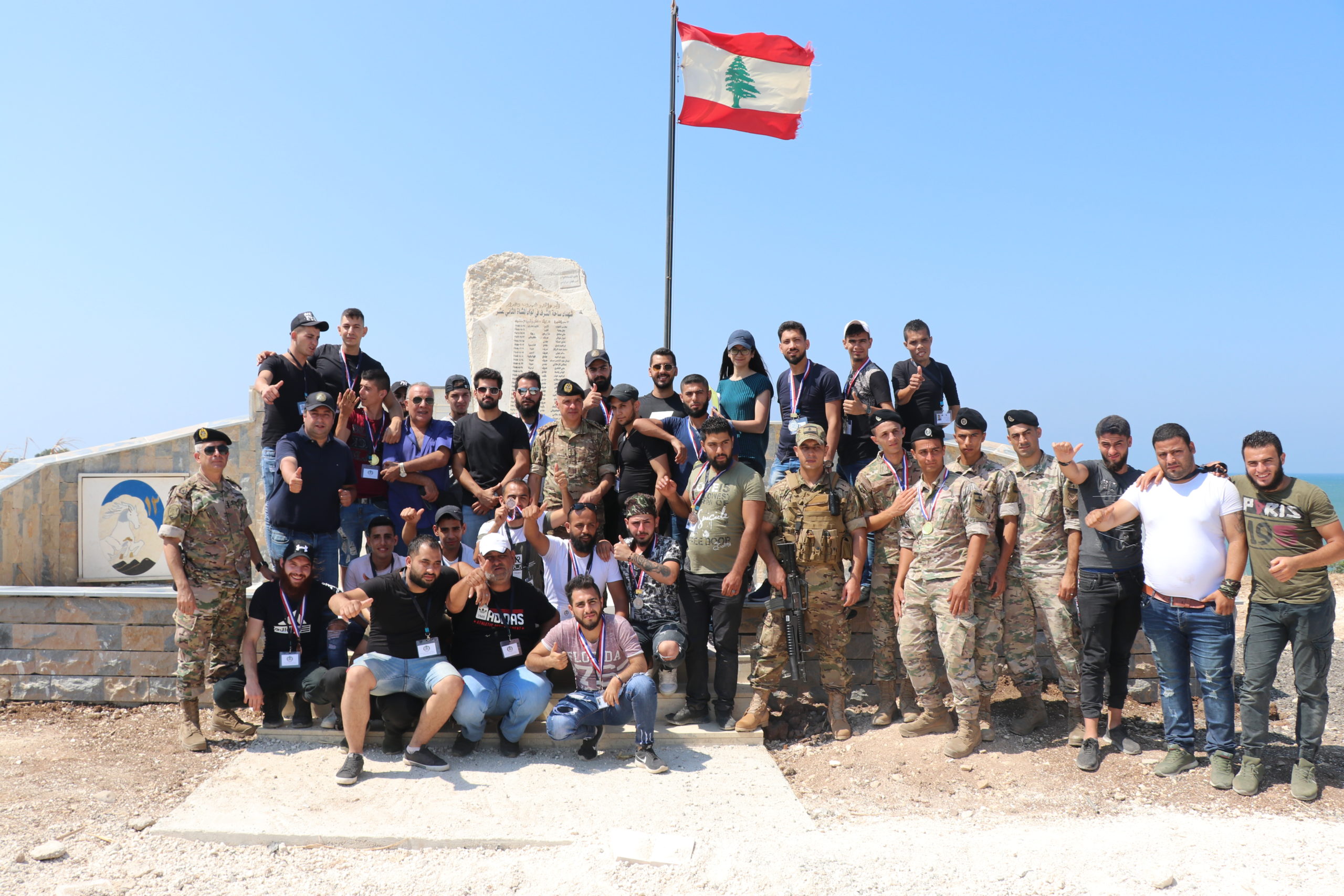 Hand in Hand for a better Lebanon

As part of its numerous collaborations with the Lebanese Army to improve social cohesion and promote mutual respect and understanding between communities and the Army, MARCH launched a new partnership on June 29th: building a military training base for Tripoli’s 12th infantry brigade from the ground up. The organization brought together a group of twenty-seven young men from Beb El Tabbaneh and Jabal Mohsen.

Over the duration of this project, the youth received on-the-ground capacity building training- constructing all the components of the base including a raid room, a shooting field, a heliport, a drills field, the flag square and a watchtower as well as all boarding necessities such as bedrooms and bathrooms as well a multidisciplinary room that will be dedicated to classes and indoor training sessions. Additionally, the team executed the landscape work and conceptualized and painted unique designs across the base. In parallel, young women from both communities utilized the graphic design skills they acquired through the Beb El Dahab program to conceptualized and produce all the maps, logos, and signage of the facility.

This initiative entailed daily cooperation between the young men of Beb El Tabbaneh and Jabal Mohsen and the Lebanese army through their work, recreational activities, common classes and shared meals. Ice Breaking activities were also incorporated into the venture. The primary objective was to allow them to operate as a team, support each other and optimize their performance as a unit. Given the long-term nature of the initiative participants got an in-depth look at their interpersonal dynamics which undoubtedly helped alleviate any existing tensions and contributed in forging a solid foundation to move towards cohesion and inclusion.

The base was recently inaugurated in the presence of British Ambassador, His Excellency Chris Rampling. The attendees were given a tour of the facility. The opening event also featured a military parade and a performance by the army’s band. The occasion was marked by a memorial.

We look forward to many more future collaborations!